Culture. Uzbekistan has one of the brightest and original cultures of the Orient. It is inimitable national music, dances and painting, unique national kitchen and clothes. The Uzbek national music is characterized as variety of subjects and genres. The songs and tool plays according to their functions and forms of usage can be divided into two groups: performed in the certain time and under the certain circumstances and performed at any time. The songs connected with customs and traditions, labor processes, various ceremonies, dramatized entertainment representations and games belong to the first group. 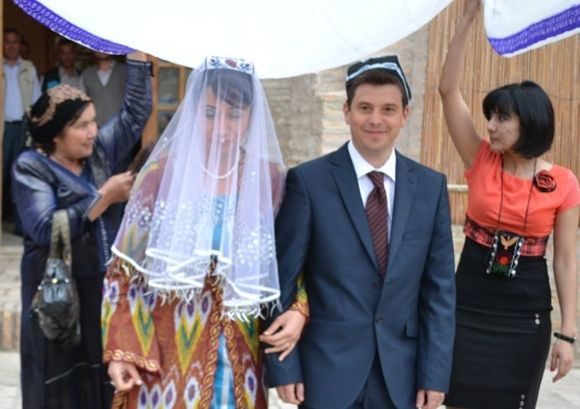 The Uzbek people is well-known for its songs. "Qoshiq" - household song with a small diapason melody, covering one or two rows of the poetic text. The dancing character of a melody of this genre provides their performance in support of comic dances. "Lapar" is a dialogue-song. In some areas the term - lapar is applied to wedding songs "Ulan" (which is performed as a dialogue of man and women). Genre "yalla" includes two kinds of songs: a melody of a narrow range, and solo simultaneously with dance. National and professional poems of the poets of East are used as the texts for the songs. The special place in the Uzbek musical heritage occupies "dastans" (epic legends with lyric-heroic content). Also "Maqoms"- are the basic classical fund of professional music of oral tradition.

The dances of Uzbeks distinguish softness, smoothness and expressiveness of movements, easy sliding step, and original movements on a place and on a circle.

The development of national painting began many centuries ago. At XVI-XVII centuries art of the manuscript and binding in Bukhara and some other urban centers has achieved significant success. The decorating of manuscript included refined calligraphy, performance by water paints and thin ornaments on fields. In Samarkand and especially in Bukhara the Central Asian school of a miniature has achieved a great success and were developed many different style directions. One of them, for example is connected with traditions of Behzod, which characterized with its gentle style of writin 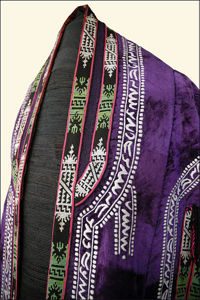 g the letter and architectural elements.

National clothes. The Uzbek national clothes of the end of XIX century partially remain up these days. The men in that time carried a direct cover shirts, bottom and top dressing gowns. The dressing gowns were very light and made from cotton wool. There were cuts on each side of dressing gown for convenience at walking. The trousers were made wide, of direct breed lent from top to bottom. Female clothes were: dressing gowns, dress, "parandja" - also of wide breed. 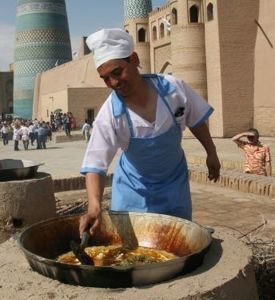 Cuisine. Uzbek cuisine is one of the most colourful of Oriental cuisines. You will get astounded to find some of Uzbek recipes to be centuries-old. They even have different traditional rituals and ways of cooking. There are about 1,000 different dishes including national drinks, cakes and confectionary products.

Uzbek "Pilaf" is a very solemn food. It can be considered as an everyday dish as well as a dish for solemn and great events like weddings, parties and holidays. Rice is the most important ingredient of pilaf and special spices, raisins, or peas will be added to give it extra flavour. However, locals believe that the best pilaf is always prepared by a man! Salads are also served along with pilaf. 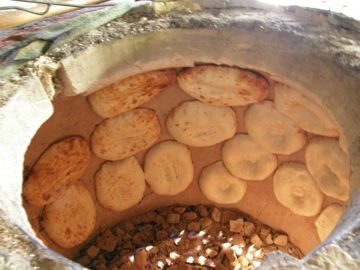 Bread is holy for Uzbek people. This traditional belief started with a legend. As it goes, each new Governor would mint his own coins but the payment for local people who minted new coins were not the coins that were minted but…bread!

Traditionally Uzbek breads are baked inside the stoves made of clay called "Tandyr". These fragrant breads are known to be crispy and tasty. Even the greatest scientist of medicine, Avicenna used Uzbek bread to cure people of diseases.

A special importance is placed on soups. Uzbek soup is rich in vegetables and seasonings and contains lots of carrots, turnips, onions and greens. Two popular soups are Mastava and Shurpa.