The capital of the Republic of Uzbekistan is a beautiful megalopolis Tashkent. It's area consists of 334, 8 sq.km. It is located in the northeast part of the republic in the valley of a Chirchik river, at 440-480 meters above-sea level. The spurs of Tien Shan are placed towards the northeast from Tashkent. This modern city of 2.9 million people, the fourth largest in the CIS after Moscow, St. Peterburg and Kiev, holds much to arrest the curious traveler, from imposing squares, monumental architecture and fine museums, to the mud-brick maze of the old Uzbek town, autumn colors on dappled poplar lanes and the sweet spray of fountains on burning summer days. 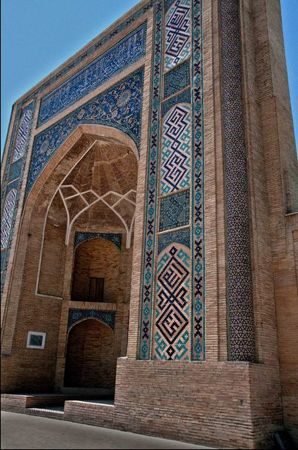 The city is more than 2200 years old, and has evolved from a small ancient settlement to the one of the largest metropolitan areas in the region. Many remarkable events, both in peace and war, have taken place during the history of Tashkent, including many periods of rise and decline. The city is host to Embassies and consulates of many countries of the world, and is known among travelers as a great place to stay and arrange visa and trips throughout the region; Tashkent lies right on the border with Kazakhstan and also is known as the main "gates of the Orient" on international air routes from India, Afghanistan, Pakistan, and China to Europe.
Tashkent's citizens are justifiably proud of their metro, Central Asia's first and bursting with decorative intent. Construction began in 1972 and extension of 30 kilometers makes metro the most convenient way to traverse the city and cool escape from melting avenues. Tashkent is simply bursting with interesting museums, ancient historical sites, lush parks, and a diverse selection of high-quality restaurants, nightclubs and shops.

Since 1991, the city has changed economically, culturally, and architecturally. Tashkent Business district is specially district, established for the development of small, medium and large businesses in Uzbekistan.

In 2007, Tashkent was named the "cultural capital of the Islamic world" by Moscow News, as the city has numerous historic mosques and significant Islamic sites, including the Isamic University. Tashkent holds the earliest written Qur'an, which has been located in Tashkent since 1924.

In the capital of Uzbekistan there are set of café and restaurants where it is possible to enjoy national, European, Russian, Chinese, Spanish, Italian and other cuisines. Restaurants and café of Tashkent will not only please visitors with tasty meal, but also will admire with stylish interiors, musical programs and good service.
Tashkent is an embodiment of that modern elegance which is peculiar to many capitals of the world. As Tashkent is as an east city it possesses the unsurpassed color. The city harmoniously combines the medieval constructions with the European architecture. 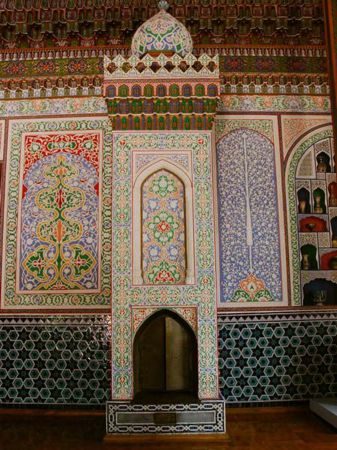